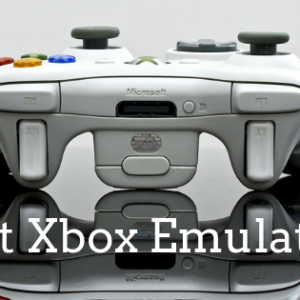 Xbox One Emulator for PC: Gaming industry is changing day by day and Gaming Console companies are launching their new Console frequently. At this point Gaming Lovers like me have to take care of a budget because of these updates and high prices of new consoles. So, what if I tell you that We don’t have to spend hell lot of money in buying Consoles like Xbox, Nintendo Switch or Sony Playstations? Yes, it’s possible. The Solution of our Problem is GAMING CONSOLE EMULATORS more specifically for this post we are going to discuss Xbox One Emulator for PC.

What is Xbox One Emulator for PC?

I guess you might have heard a terminology called Emulators. If you don’t then don’t worry.

Before knowing more about Xbox One Emulator for PC let me give a simple definition of EMULATION PROCESS. In simple words, emulation is a process in which one computer behaves like any other device. According to Computing language, an Emulator is Hardware or Software that enables one computer system (Host) to behave like another computer system (Guest). In Simple words, iOS Emulators enables a windows bases system (Called Guest) to emulate an application with the help of programming. So, you can run any application on a windows system with the iOS or Android Emulators. (Don’t confuse yourself between Emulator & Simulator. Both have a minor difference)

Whereas A simulator is a software which used to execute a computer program written in assembly/compiler language. The simulator can be used to find selected source code and bugs in any program. So we can say that Emulator is a combination of Hardware as well as software while Simulator behaves only as Software.

Xbox One Emulator for Windows PC

Now here we are talking about Gaming Emulators like Xbox Emulators for PC and Xbox 360 Emulators for Windows. Using Xbox Emulator we can able to play almost all the Xbox Games on Windows PC. So without wasting more time lets discuss How is it possible. 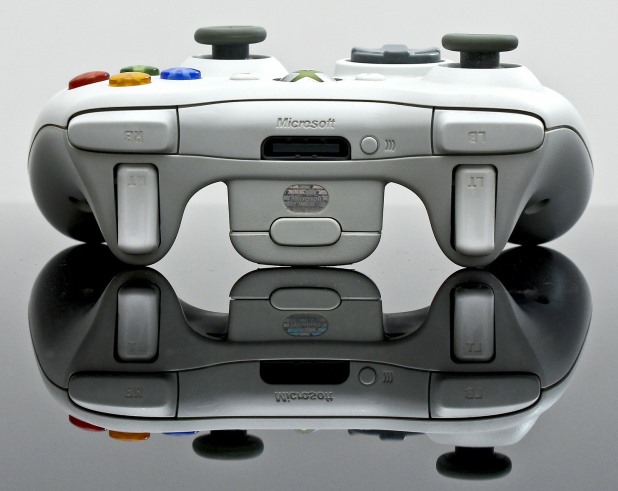 Earlier we have seen many articles based on Emulators like Best Emulators to Play Retro Games, How to Run iOS apps on Android device Using iEMU Emulator and last but not the least Best iOS Emulators for PC. Now it’s time to discuss Best Emulator for Xbox one gaming console.

Best Xbox one Emulator for PC

Now, most of the gaming lovers know about different emulators. But due to information overload on the internet, it’s difficult to found the best working Emulator for Xbox one. I tried different emulators available in the market and came to know that only a few of them deliver their purpose and best for a gaming experience on Windows PC.

Here I want to make few things clear that there are Most of the emulators which are available on the internet make false claims of delivering incredible gaming experience and promise to make it possible to play almost all the Xbox one games on PC but it’s not true because different emulators have different PC requirements and if they can’t fulfill you may find some problems like lagging issue, resolution and sound issue.

But here based on our experience, we are gonna list most useful and best Xbox Emulators

#1 Xeon Emulator for Xbox One

Xeon is lightweight Xbox one Emulator. The file size of the Xeon is only 980 KB (Less than 1 MB). There is only one Limitation of Xeon is that you can play only one Game called HALO but because of its performance I have to include Xeon in best emulator list.

Developers have stopped working on Xeon and that’s the main reason Xeon supports only one Game. According to my experience Xeon is probably one of the best emulators for Windows, and this is the reason for it’s popularity in the gaming market. The second big feature of Xeon is Stability. It’s way more stable than other Xbox Simulators.

You can Download Xeon Emulator from the Given Link:

System Requirements for Xbox one Emulator

If you want to run Xeon properly, it is strongly recommended to have these minimum system requirements:

This video will help you to install and Run Xbox Emulator on Windows PC:

#2 CXBX Emulator for Xbox One

CXBX is more compact and Small in size Xbox emulator with 125 KB. CXBX is compatible for Xbox 360 and Xbox one as well. One great feature of CXBX is that it’s compatible with each and every Windows version (7/8/8.1/10) and you will never feel that you are using an emulator to play Xbox games.

Unlike Xeon, you can play more than one games using CXBX Emulator like Battlecry, Futurama, Whacked etc. You can manage and View game files with the help of its inbuilt Xbox Executable viewer. I have also tried some Xbox SDK samples and it easily emulates them. But maybe sometimes you may feel some Lagging while playing games using CXBX Emulator. This problem can be solved if you can enhance your system configuration.

You can Download CXBX Xbox Emulator from the Given Link:

#3 DXBX Xbox One Emulator for PC

DXBX is another big emulator for Xbox. The file size is 3.4 MB. DXBX is compatible with all the windows version including 32 & 64 Bit configuration. Mainly it’s Xbox 360 Emulator but most of the Xbox one Games works very well in DXBX. Developers have included most of the missing feature in DXBX emulator which isn’t there in CXBX emulator.

Overall you’re You won’t feel any lagging or resolution issue (If you have minimum system requirements) on DXBX and you can also Xbox files into executable EXE files using DXBX. Here is a minimum requirement for hustle free gaming experience using DXBX emulator:

#4 Xenia Emulator for Xbox one

This one is last but not the least. The main reason why I include this Emulator in this list is that it supports more than 40 games to play on Windows PC. The only limitation of Xenia Emulator is heavy games will run slow and you can see some lag while playing but it’s but obvious because Most of the emulators are made to play small and medium games. But still, according to me, Something is better than Nothing :))

Now You might be thinking that We know which are best Xbox Emulators for PC but How we gonna Run and Install them on Windows? Don’t worry I have provided you with some basic steps about How to install and Run Games using above emulators. Steps are almost same for all the Emulators.

How to Install Xbox Emulators for Windows 7/8/10 PC?

So Guys, I tried my best to provide you best information without any false information regarding Best Xbox One Emulators now it’s your turn I want to know what you think about above emulators and how was your experience if you are using any of them. Your reviews will helps others to choose best emulators from the list. Kindly share your feedback in the comment section.

HOW TO, SOFTWARE, WINDOWS