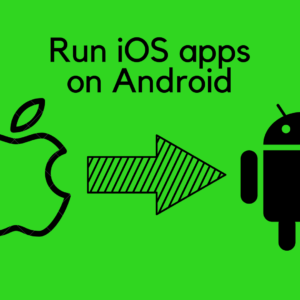 Run iOS apps on Android: Right now Android and iOS are dominating the smartphone market. Most of the users are using Android mobiles because they are cheap in comparison to iPhones or other iOS devices and another reason is android is an open-source platform where anyone can develop Applications and software. There are some applications which run great on iOS but doesn’t available for Android, at this time if you want to run those apps on Android devices then you need iOS Emulators. (An Emulator is Hardware or Software that enables one computer system (Host) to behave like another computer system (Guest)).

Note – Before Installing any Emulator on your device you need to Enable Unknown Resouce Option on your Android Smartphone. (Menu >> Settings >> Security Settings >> Tick on “Allow installations of apps from unknown sources.”)

In order to Run iOs apps on Android, your device need a minimum system configuration as follows: 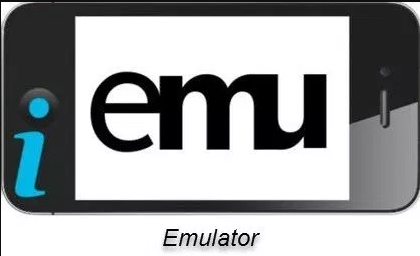 iEMU is “a generic and open source machine emulator”. iEMU is one of the best Emulator to Run iOS apps on your Android Smartphone. The process is simple you need to follow the given steps:

Here note one thing that the APP supports only .zip & .ipas files.

Cider app is basically developed by Group of students. With the help of Cider APK, you can easily run an iOS app on the android device. Cider apk isn’t available on Google play store you can download Cider APK file from HERE.

Now after download process transfer Cider APK file to your Android Device so that you can run iOS apps on your Android phone.

After transferring the file, install the app on your android smartphone.

Once you install the app, open it and you can download the iOS application available on the Cider app. By this way, you can Run iOS apps on your Android devices with the help of an iOS emulator.

If you are looking for Running Mobile apps on your native browser than Appetize is your solution. You can run any application on your Browser or install it on your phone using Appetize. Appetize will help you:

So we can see that it’s not that much difficult to swap the application from Android to iOS using Emulators. It’s possible that these emulators won’t support all the application to runs on Android because they have some limitation. I hope you like this post and let me know if you are using any other emulator or apps to Run iOS apps on Android in the comment section.