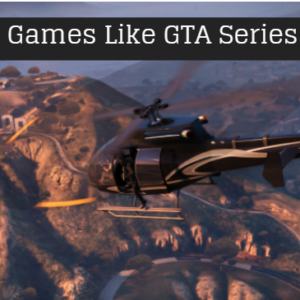 If you were born in 90’s then you already know the popularity of GTA (Grand Theft Auto) games like GTA Vice City, GTA San Andreas, GTA China Town, GTA Liberty City and GTA V. GTA game lovers are still buying and playing GTA games because Rockstar is a Top Notch franchise in the gaming world who build all the GTA Series.

If you like the open world in the game that you can roam freely and explore at your own pace than in this case there are many games with a large map and an open world like GTA. So If you have completed all the GTA series and want to play other games like GTA then this post will be helpful for you. Here we have compiled a list of Top Games like GTA. So read the post till the end.

Red Dead Redemption comes in a list of Top Successful Games Club. Red Dead Redemption 2 is an epic tale of life in America’s unforgiving heartland in the 19th century. The game’s vast and atmospheric world will also provide the foundation for a brand new online multiplayer experience. The game is designed by Rockstar Franchise. The Graphics are super cool and all the characters look real (Well done Team). Experts also sais that Red Dead Redemption will change Gaming experience forever so this is on the first place in our list. Here is a trailer of Red Dead Redemption:

If you a Fan of GTA then I am sure will like MAFIA Series. MAFIA series is totally based on a Crime story plot. There are 3 Game Parts of MAFIA. MAFIA III has recently released and the main thing is all the series are for only ADULTS (Kids under 14 can’t eligible to play this games).

In MAFIA III Lincoln’s story will continue Haunted by the murder of his family, Lincoln joins Father James at Sammy’s to find closure. With all-new investigative tools, vehicles, and weapons, Lincoln plunges into this dark world to end the cult’s reign of terror and maybe find his own peace. So overall the situation and gameplay and missions are mostly similar to GTA. 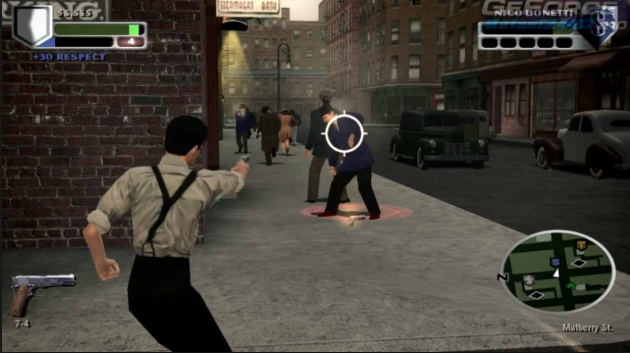 GodFather is one of the most Successful Movie series who won many Oscars and Electronics Ars has also made a Game based on the Movie. While playing the game you will feel a part of the carleon family. The Missions are the same as GTA, Don Carleon try to rule the city and exert power over the other NY families. So must check out this game also. 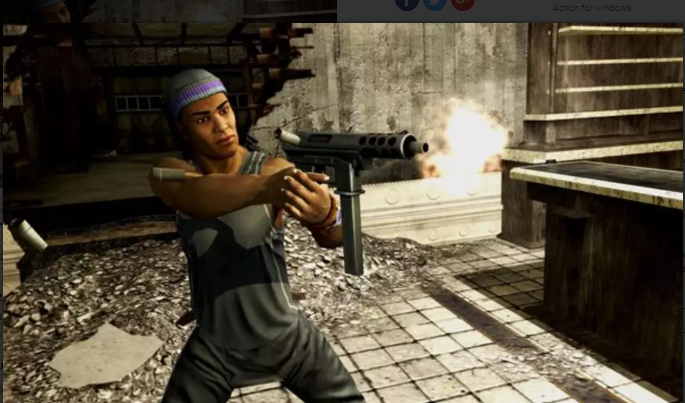 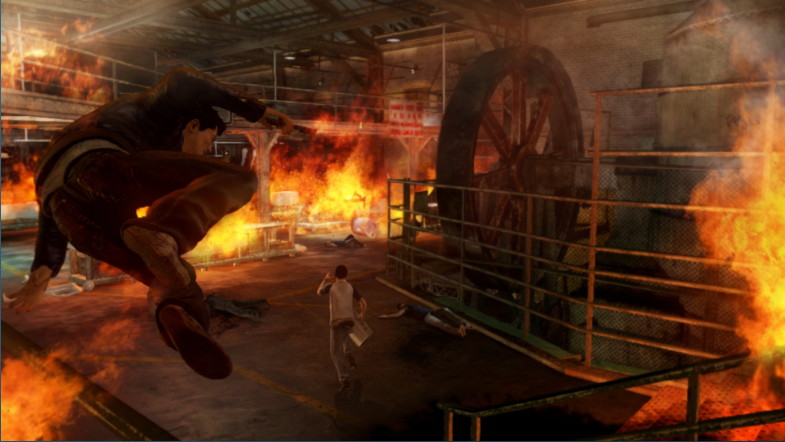 Sleeping Dogs was released on August 14, 2012. It was developed by United Front Games and published by Square Enix for PS3, PC, and Xbox 360. In Sleeping Dogs you are a Police Officer who goes on an undercover mission to Hunt Gangsters and Drug Dealers in Hongkong. This game lets you enhance your martial arts skills in virtual reality. While playing the game you need to keep in mind that You have to pretend like a criminal, not an undercover cop. Overall gameplay and missions will make you feel similar like GTA series that’s why Sleeping Dogs in our Top list.

Just Cause is an Open World, Action-Adventure game. Just Cause 4 released on December-2018. The game is all about destruction and total action like Hollywood movies. JustCause has Modern graphics effects with the pure gaming experience. You can experience Skydive, Base Jump and Free Dive with no limits. Most of the missions need to complete in extreme weather condition. You have a vast option of choosing different and Advanced weapons. The main mission of Game hero Rico is to Spearhead the rebellion and defeat the Black Hand, a hi-tech private military organization called Black-Hand. Here is a Thrilling Trailer of Just Cause-4: 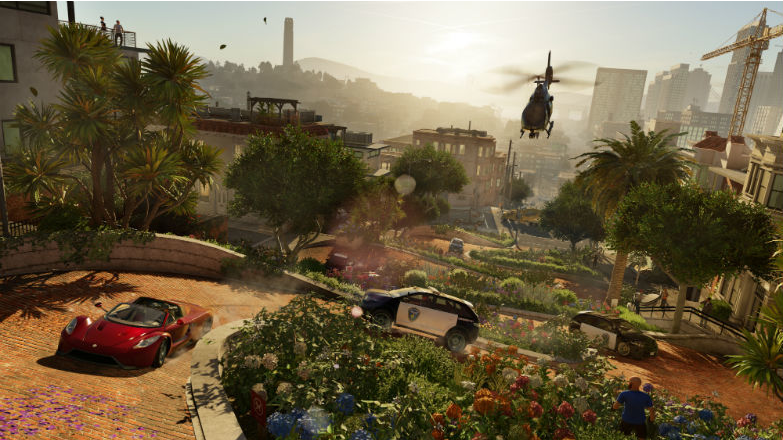 Watch Dogs was designed by Ubisoft. The game contains Blood, Intense Violence, Nudity, Sexual Themes, Strong Language, Use of Drugs like GTA series. It’s a story of a young Hacker named Marcus living in the San Francisco Bay area. Marcus team up with a group of Hackers living nearby and planned to do the biggest hack to take down operating system being used by criminal masterminds to monitor and manipulate citizens. While playing the game you can feel RC cars, Quadcopter drone, 3D printed weapons. 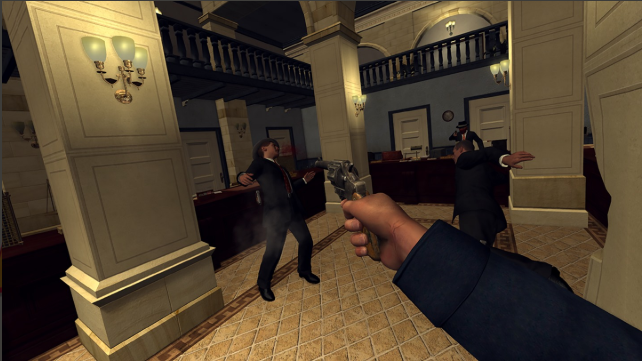 L.A. Noire another product of Rockstar games. Basically, it feels like playing vintage games where a True-Detective is on a mission of finding out the criminals, Drug dealers of Los Angeles. L.A. Noire is a Violent crime thriller. You need to solve many conspiracies based on the secrets which could shake and destroy the city to dust. L.A. Noire is available for Oculus, Xbox, PlayStation, VIVE, Nintendo, and PC. 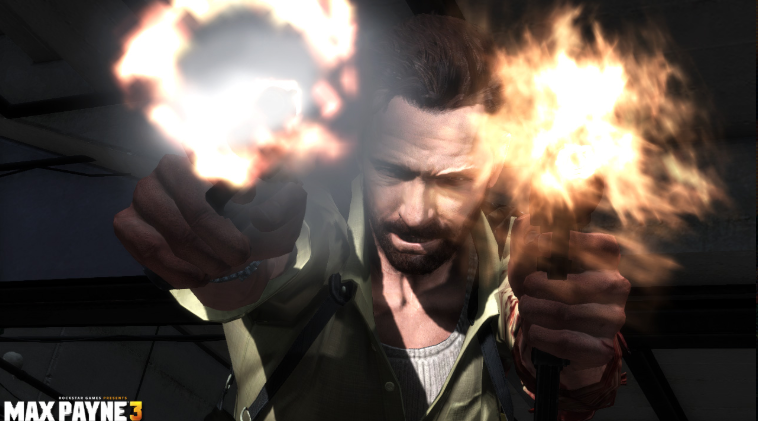 Max Payne is a story of a person who lives in Sao Paulo, Brazil, protecting the family of wealthy real estate mogul Rodrigo Branco. Max lost his family in an accident and due to that, he ends up in drug addiction and painkillers to kill all the memories. The game is based on a series of shootout event in the underworld. We have included this game because it’s mission will recall the story lineup of GTV series.

If you are bored after completing all GTA Series up to GTA V then You can surely count on this list because some of the games like Red Dead Redemption and Just Cause are totally worth playing. In this list you can see that Few games like Godfather, L.A.Noire are old but still, it will give you thrilling experience like GTA and other modern games because of its story lineup and mission.

So this is our list about Games like GTA. Let us know which game you play except GTA and if you have any recommendation then comment down below and I will add your suggestions in this list after a review.