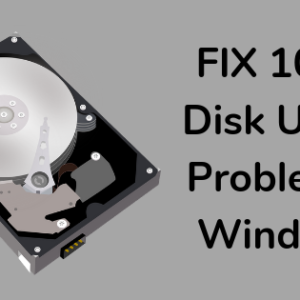 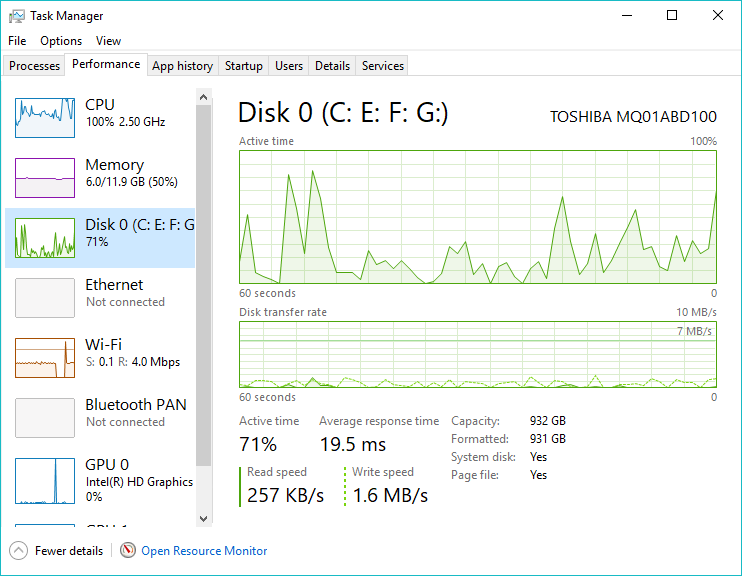 The main reason why it’s important to resolve this error is that it will slow down your computer and you can see a huge response time of a few applications like Skype and Google Chrome. Mostly this Issue occurs because of some web browsers which are using lots of Plugins and Extensions (I personally faced this issue many times in spite of having 12 GB RAM in my Dell Laptop) But many of you ignore this 100% Disk Usage Issue which will eventually Slow Down your PC and it’s performance at long run.

What are the reasons for 100% Disk Usage Issue?

As I said earlier generally Web Browsers like Google Chrome (Because of their extensions) and Mozilla Firefox are using huge Disk space but wait there are also other application and software which trigger some unwanted high disk usage on your System.

It is also possible that your system is infected with some unwanted Malware and Virus. To resolve this issue we need to just identify the applications/software from task manager and need to take some actions which are listed below.

How to Fix 100% Disk Usage In Chrome and Skype?

Now we have spotted the issue maker and its time to fix the issue. Here in the below section, I have explained multiple methods to resolve this problem permanently.

Now To know the issue is occurred due to Google chrome Go to your Task Manager (Right click on Taskbar and select Task manager Tab) and see the Disk Usage in Chrome Tab.

Once it’s confirmed that issue is due to google chrome you have to follow given steps:

Go to the Settings of Google chrome

In settings Go to Advanced Settings

This go to your Task Manager tab where you can see the Disk usage due to Google Chrome has REDUCED. So, by this way you can solve google Chrome 100% Disk Usage issue.

This method is for the desktop version of Skype. If in the Task Manager you can see a Bug Disk Usage in Skype Tab then to resolve the issue you have to follow given steps:

Also Check Out – How to Remove Skype Icon from Taskbar without Quitting Skype?

Now Right-click the file Skype.exe and go to Properties. 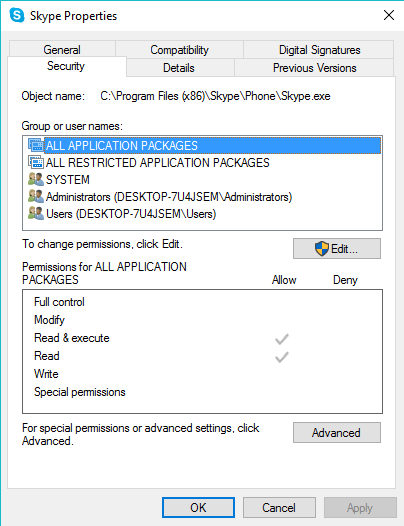 Now you can see multiple Tabs, go to the Security tab, select ALL APPLICATION PACKAGES and click Edit. 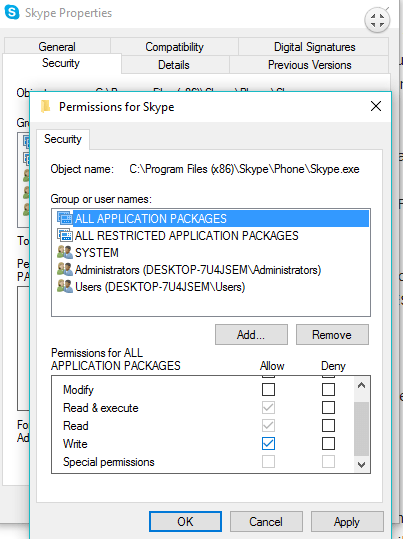 Now in the Next Box select ALL APPLICATION PACKAGES, and tick Allow checkbox for Write permissions.

We know that windows system services always running in the background whether you are using it or not. So, sometimes due to windows System Services you might get 100% Disk Usage error. You can’t permanently disable it because it might affect other programs which are running in the background so you have to turn off them on temporary basis. Follow the given steps to Turn them OFF:

Now we have to turn off Windows Search 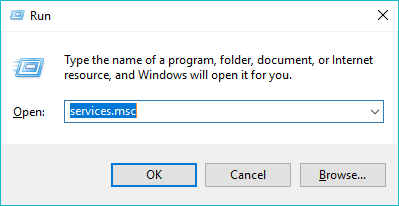 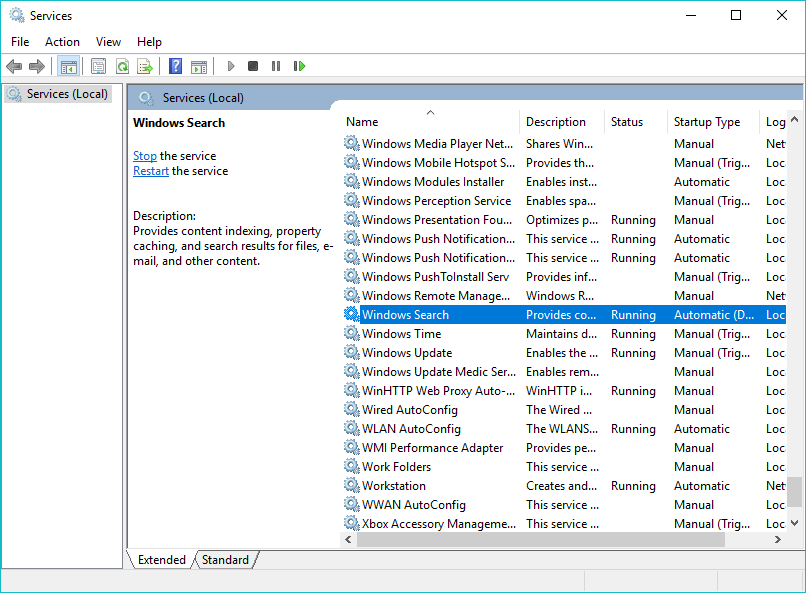 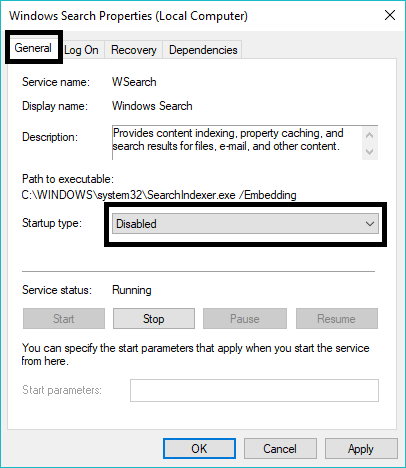 I know that Windows Defender is your Friend to fight against unwanted malware but sometimes it will act as Enemy and can eat your Disk. If in the task manager Windows Defender is causing 100% Disk Usage issue then you need to turn off that Functionality. You can follow the given steps to do so: 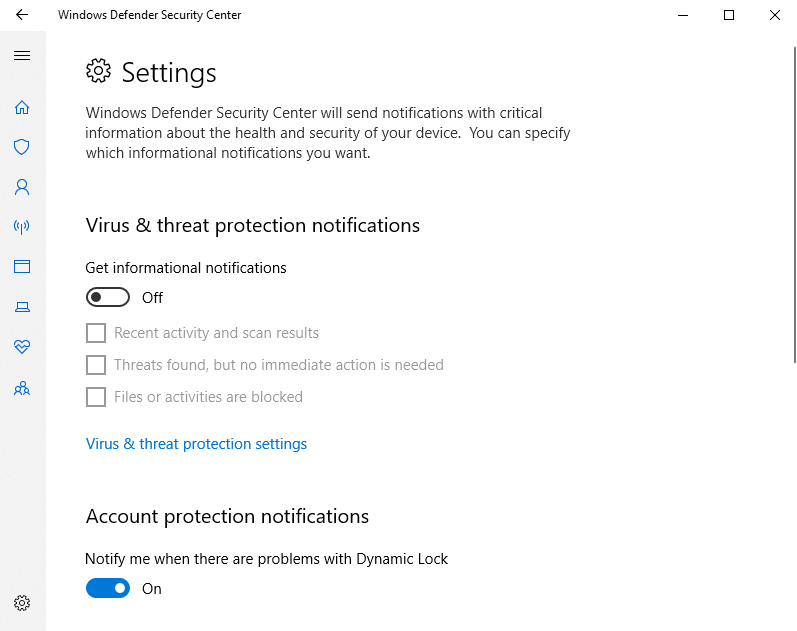 If you don’t know what is SuperFetch then let me tell you it’s a functionality for delivering fast OS boot. Sometimes SuperFetch is the culprit which can cause this issue. To Turn Off SuperFetch follow the given steps:

Sometimes Outdated Drivers can use your most of the disk space to run their functions in that case you need to update your windows driver whether it’s Wireless drivers or Audio and Video drivers.

If you find any updates kindly install all of them and this might solve the disk usage issue.

Like Windows Defender Antivirus Software are help system fight against unwanted malwares but sometimes they may slow down our System by running unwanted functions and System checks.

So it’s better to uninstall them or use only Windows Defender as Antivirus Software.

So guys these are some of the Fixes and solutions which can reduce your Disk Usage for Normal system run. Let me know If it’s helpful for you or not in the comment section.

ERRORS & FIX, HOW TO