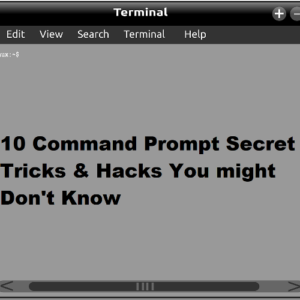 What is Command Prompt (CMD)?

CMD is the executable file name of Command Prompt. Its command-line interpreter on Windows NT and Windows CE operating systems.

It is the counterpart of COMMAND.COM in DOS and Windows 9x systems. With Command Prompt you can do amazing cool tricks which GUI of Windows OS doesn’t have. In this post, we are going to Discuss Top 10 Secret Tricks of Command Prompt that You might Don’t know. Generally, simple windows user don’t prefer to bother with the command line and only programmers and developers are using CMD more often. But there are some simple command lines which are very useful to general users like You and Me. So have a look at the list:

How to Open Command Prompt (CMD)? 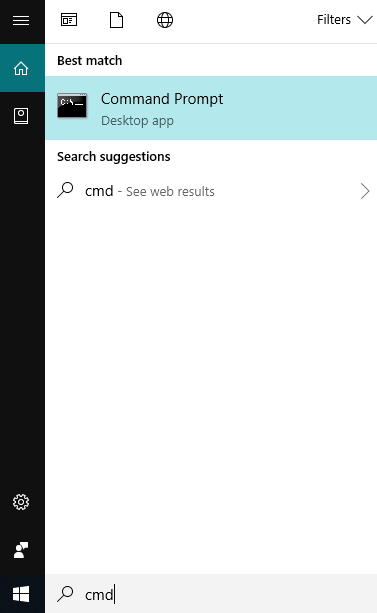 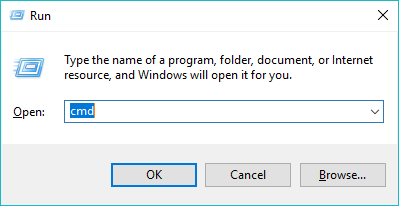 It’s really fun to play with Command lines. To some of the users, it’s only Black and White window but it can do wonders and make many tasks easy if you know the right command for that. These tricks and Command lines work in all the Version of Windows OS.

#1 Change the Color of the CMD Window

If you are using Command Prompt regularly then you might get Board of Black and White interface. So why not make it more interesting by changing CMD Window Color? Here you can see I have changed CMD Window Color to Black and Yellow. There is multiple color option: 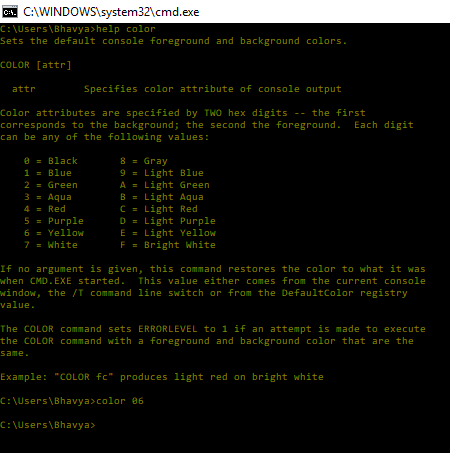 Now Choose any color code from the List. If you like Yellow type: color 06 and press enter

#2 Change the Title of the CMD Window

If you have observed that When you open Command Prompt then by default the title is your windows directory address like C://WINDOWS/system32/emd.exe but it’s confusing if you are working on multiple command prompt windows. At this time need to change the title of every CMD Windows.

Once you Close CMD Windows it will set to Default so it’s temporary action.

If you want to hide any folder in your PC then there are 2 ways. One is you simply Right Click on the folder and Change it’s property to HIDDEN and From Windows Header Select VIEW Tab and Check on HIDDEN TAB. But you if you want to make it easy then you can use Command Prompt as well.

Some Functions in Windows may not work without proper Drivers like You can’t connect your router without Wireless Drivers in Windows. In such cases, If you want to find out Which drivers are installed in your System you can simply write 1 line in Command Prompt and a complete list will come out in Terminal. (Check given figure for reference) 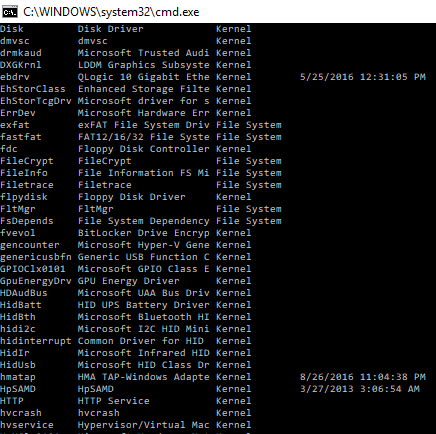 Using CMD you can Shutdown, Restart and Logoff by Entering one single Command.

Now The Hotspot is enable an it’s time to Start the Wifi so that devices can connect to it. enter the follwoing command in next lines.

If you want to stop the Hotspot once you are donw with it then Right down following command in next window to DISABLE Wifi Hotspot.

This is the Most common Command Prompt hack and many windows user are using this. Using command prompt you can check your system IP Address inclusing subnet mask and default gateway. 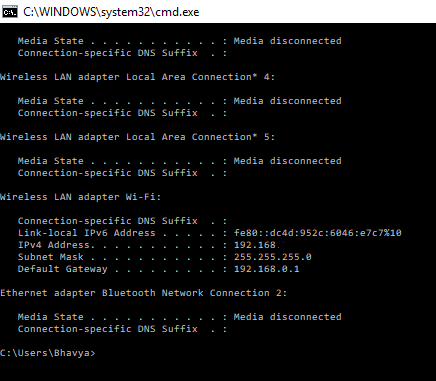 Functions keys are helpful in Command Prompt. Using Functions key You can execute specific tasks in CMD. Here is a list of Outputs of Functions Keys:

Wraping Up: These are some of the Top Secret Tricks and Hacks of Command Prompt. There are many more specific tasks that you can perform using CMD. I will cover more CMD tricks in upcoming Posts.